One weekend in June, my family and I were invited to the first Parenting Science Gang Residential Weekend. Held near Matlock (conveniently close for us!), we were so excited to have a weekend away doing cool stuff with cool people in a cool place. 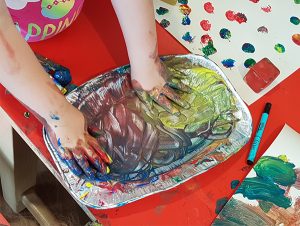 And there was so much cool stuff to do! For the kids, there were activities going on from the moment we arrived. PSG hired a storyteller, which was brilliant – my five year old was enthralled. (The storyteller also did an “adult storytelling session” on Friday evening, which was both funny and comforting – you don’t realise how calming it can be to be told a story!)

There was a dressing up box, and toys were scattered everywhere. A craft table had been set up for them. I barely saw my big kid all weekend – and I realised at one point my partner barely saw her either! He took the baby off for a nap and she went for a walk with some of the other families and the hired nannies. She’s still asking when we can go back.

I got to do a lot of cool stuff as well. It felt like our days were jam-packed with interesting sessions, including a happiness workshop, a Galaxy Zoo citizen science talk, and a brief discussion of child psychology. I picked up some great tips, like “experiences make you happy, not things” (keeping that one noted for Christmas) and “smile at a crying baby to confuse them into happiness!”

The periods timetabled for PSG work were brilliant – we came up with questions, voted to narrow them down, had cross-group discussions, attempted to design experiments, and critiqued each other’s ideas. An hour on the advantages and flaws of one specific study (a survey on baby-led weaning which found that BLW correlated with less picky eating) really helped me to focus my thoughts. The only drawback was the small amount of time we had – we were all so passionate about what we were discussing that sessions often overran and had to be cut short.

Afterwards I felt really empowered to go back to my PSG group and support other citizen scientists in finding an appropriately narrow question that we could test. 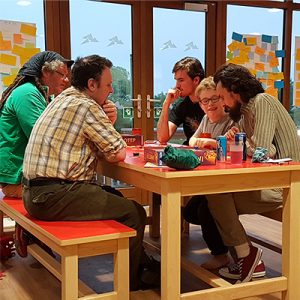 Unsurprisingly, there were lots of cool people at the PSG Residential too! The people running the Gang were friendly and approachable, and everyone else was passionate about the same kind of things as us. Evidence-based parenting can be lonely if you haven’t found your people – we are a bunch of dirty hippies, after all – and the residential formed a ready-made village for a weekend.

And yes, the children did run wild. There was a huge indoor space for them to roam, freely and safely, and a secure outdoor space as well. I believe many of the partners and kids explored the woods and the old, disused train track, despite the less-than-ideal weather! Our accommodation was a very swanky “glamping pod” – a tiny wooden structure with two bunkbeds, a toilet, a sink, and some USB power sockets. It was serviceable, and I appreciated having a quiet space to retreat to when the children found it all a bit overwhelming.

The first PSG Residential weekend was a huge success – my daughter isn’t the only one asking if she can go back!

Huge thanks to guest blogger and Parenting Science Gang member Francesca Elver-Fiddimore for sharing this blog post with us.

You can read more from Francesca on her Facebook page Breastfeeding Your Food Eating Baby. 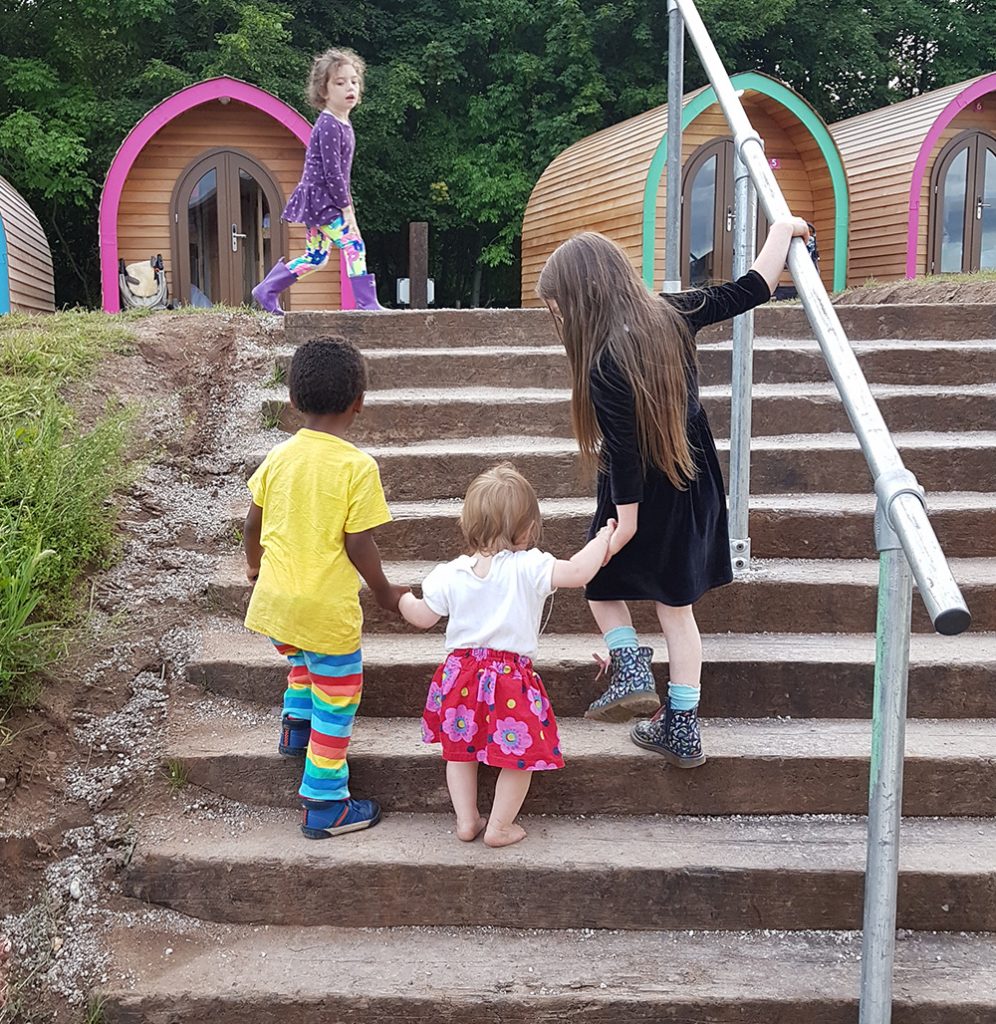 #parentsdoscience – a sneak peek at our Final Event schedule

We can't wait for our Final Event this weekend. Here's a sneak peek at our schedule. Our…

PSG: where are we now?

Image: Delfi de la Rua on Unsplash Wow - it's been 16 months since we launched…