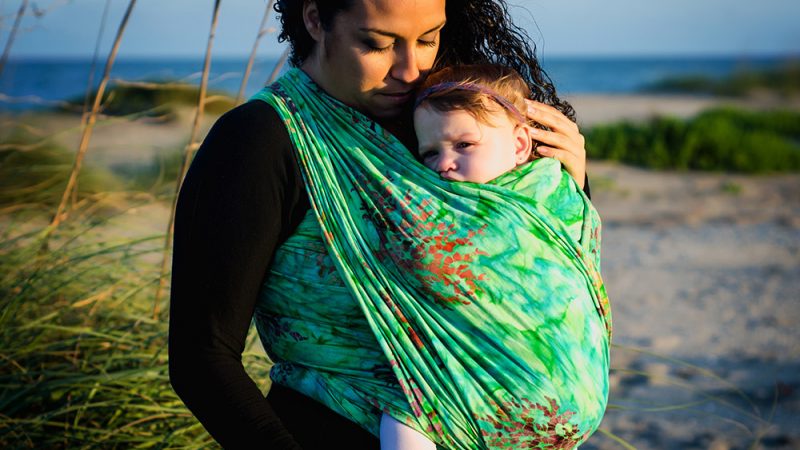 Guest blogger Caitlin Rose tells us about the babywearing experiment designed and run by the Science-Aware Natural Parenting Science Gang.

As with anything related to child-rearing, there’s a lot of 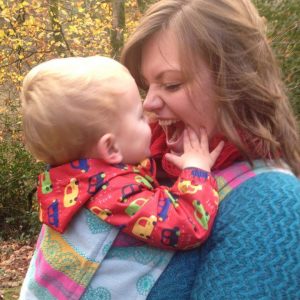 advice out there about what babies should (and should not) be wearing in prams, car-seats, and baby carriers. This week alone there have been two high-profile ‘viral’ photographs on social media, where parents have been lambasted by hundreds of web-users criticising them for dressing their children in too much or too little.

As well as being linked to behavioural symptoms such as restlessness or sleepiness, we know that overheating can be extremely dangerous for young babies, and conversely that being too cold makes for an unpleasant experience for babies (and parents) alike. Parenthood seems to involve worrying about everything, and babies don’t come with an instruction manual!

That’s where we come in.

By collecting clear data on how babies’ temperatures fluctuate during baby-wearing, we’re hoping to help carers make safe, informed decisions about how to dress their babies whilst in an infant carrier. Our research into the effects of babywearing upon the temperature of a baby has been designed to improve our understanding of how warm babies get as a result of being held close to an adult in a sling, and to consider whether the current NHS and NCT advice of dressing a baby in one extra layer than the parents is appropriate during babywearing. Although the subject of whether or not the sling itself counts as an extra layer is a hot topic in babywearing circles, the subject isn’t part of standardised babywearing information leaflets provided with sling purchases and has no consistent guidelines.

Working with the support of Dr Davide Filingeri, an expert in environmental physiology from the University of Loughborough, the Science-Aware Natural Parenting Science Gang (SANP-PSG) successfully piloted an experiment designed to tap this currently un-researched field.

Over the course of the experiment, a mother-baby dyad provided baseline temperature readings from non-invasive electrodes placed on the skin, and tympanic (ear) readings. Then, after ten minutes of quiet play in the lab, the baby was helped into a (standardised) sling placed on the mother. Temperatures were recorded for another ten minutes, after which a ten minute period of light exercise took place with the mother walking gently with the infant in the carrier. Temperatures were recorded for a further ten minutes, and the sling was then removed. After a ten minute rest, a vest was added to the baby’s existing clothing and the cycle was completed again.

The purpose of this research, then, is to use our results to create a chart detailing safe layers of clothing for different kinds of babywearing in different climates with varying levels of activity. It may seem to follow that a baby worn in a stretchy wrap (traditionally comprised of three layers of lycra/jersey/cotton mix fabric) requires fewer clothes than a baby worn in an Ergo (a canvas single-layer carrier with open sides), but at this stage there is no evidence to support this conclusion, or to quantify the required difference in clothing for a safe baseline temperature to be maintained. Therefore, as well as measuring the difference in temperature between an infant being carried and not being carried, we’ll also be recording the difference in temperature whilst the mother is moving, and varying the number of layers of clothing the infant wears.

Following the success of our pilot experiment in December 2017, we’re looking for participants!
Follow this link to find out how to get involved!

Democracy in action. So many questions! – BOBAB experiment update

Our science gangs are forging ahead and the Breastfeeding Older Babies and Beyond – Parenting Science Gang (BOBAB-PSG) are, excitingly, getting close to starting the experiment stage of their project.

What’s it like being a larger mum during pregnancy? How do the choices you are…

Newsletter #10 – The results are in for some of our groups!

Breast Milk Experiment - The Results! You may remember that back in February, over 100 mums went…