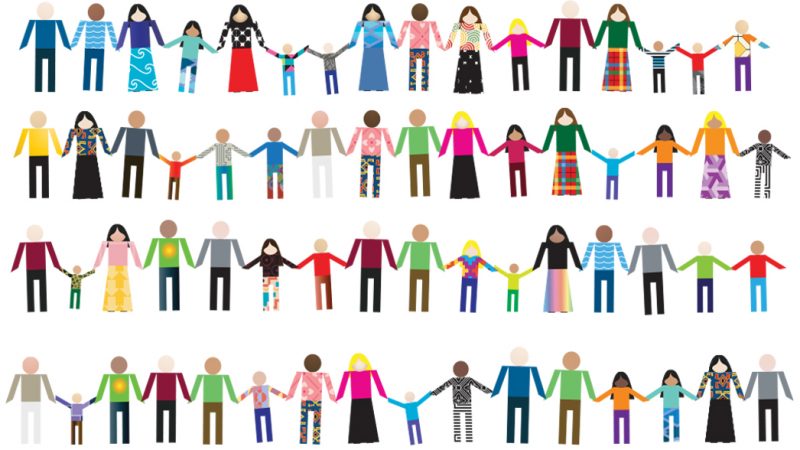 Q: Rob, please could you tell us what are you working on at the moment?

Rob:       My work at the moment fits into two broad areas

Rob:       I tend to do it by talking to the people in these groups – they often know what the problems are, or at least where to start looking

Rob:       For example. I’m doing a big project with refugees right now. I hosted a workshop with 40 refugees and they said that the biggest issue was mental health. So I’m trying to focus my research questions on this area

PSG A:   Sounds fascinating – sounds like you’re very aware of the people behind the statistics?

Rob:       Definitely! The statistics are really important, but not as much as the people behind them

PSG B:   I like what I’m reading about a people-centred approach.

Rob:       Thanks – hopefully more researchers are starting to do this, but still not enough

Rob:       I always describe it as trying to understand who gets ill, why that is, and how you can do something about it

Rob:       By working with lots of people who are cleverer than me!!

On a more serious note, it is important to discuss it with lots of people as this process is really helpful

PSG A:   OK, that’s good, we have hundreds of people in our groups, we can do discussion! 🙂

Q:           We have four parenting science gangs who are designing their own experiments. Many are new to this, do you have any tips for us?

Rob:       Coming up with a simple and testable research question is a good place start.

Once you have decided on the question the design of the study tends to follow this, but obviously influenced by availability of data, time, money etc

Q:           We were thinking of looking at emotional differences in long term breastfed and short term breastfed children, but didn’t know how to tease out the specific causation.

Rob:       Now that is a very good question, but understanding causation tends to require several different types of study so it probably won’t be possible with just your one study unfortunately

PSG C:   You would need to look at a whole host of different factors that can have an effect on emotion and use a multiple regression analysis to see whether breastfeeding duration has any impact among all the other stuff.

There’s likely to be so much “noise” however, it would be extremely difficult to determine the effect of bf duration alone.

PSG A:   How does an epidemiologist tease out cause?

Rob:       We use something called the Bradford Hill Criteria  to work out causation

PSG C:   What do you think are the biggest pitfalls in epidemiological research to watch out for? If one were designing a research project, that is.

Rob:       There are three things always to consider as flaws in a study that mean the result is incorrect

PSG C:   So there’s nothing specific to epidemiological research compared to research design/analysis in general? (Epidemiology isn’t my area!)

Rob:       The three things I listed are definitely the biggest pitfalls, but there are obviously lots more possible problems, but these tend to fall under these categories

Q:           I’ve heard about Big Data but don’t really understand what this is other than very large sets of data. I can see how the large amount of data could provide more accurate findings but what are the other benefits and are there other things to consider?

Rob:       Big data can be a very valuable resource, because it often allows you to overcome one of the problems I mentioned above – i.e. statistical chance (due to a small study) being conducted. With big data you can have 100,000s of people included, but a lot of big data (like the GP and hospital and records I use) weren’t originally collected for research. So, they are “messy” and have lots of biases that you need to consider

(I work in a hospital)

PSG D:   So, if we were lucky enough to be able to use data someone else collected, we would need to consider what the data was originally intended to be used for

Rob:       Yes, exactly! So, with the hospital records, as you know very well (!!) the fact that they were considered for accounting purposes is very important to consider

PSG E:   Would you take into consideration who filled in the information as well – and whether it is entirely accurate? My experience is with data which doesn’t have this issue.

PSG D:   Yes. For instance recording initiation of breastfeeding may just be that lips brushed nipple and not a lot of feeding at all!

Rob:       Yes, absolutely. For example, hospital record data are filled in by very junior and over worked doctors and their quality varies by hospital.

PSG A:   I imagine big data must be a fast-moving area given the pace of change in computing power and the amount of data available. Is A.I. involved?

Rob:       Yes, definitely we’re using AI a lot more in our research at UCL. The guys that now run Google DeepMind did there PhDs here at UCL so we have lots of expertise in this area. They also keep pinching our PhD students!!

Q:           I was wondering if we could use the NHSE data collected by local authorities for breastfeeding figures across the country. That would help to set the scene. What would we need to consider do you think?

Rob:       Sounds like a great idea. I think this will help you understand the rates of breast feeding, but I’m fairly certain it wouldn’t go past 12 months of age (for the child) as I think that’s when the data stop getting collected

PSG F:   You said that one possible flaw in a study is that it was too small. This is probably a massive question, but, in essence, how do you decide how big a study needs to be?

Rob:       It is a big question! I always talk to a medical statistician about these sorts of question to make sure I’ve got it right as it’s hugely complex. But essentially, the bigger the effect you expect to see the smaller the study size.

This is obviously a ridiculous example, but to test whether parachutes work or not, you don’t need to give them (or take them away) from many people

PSG G:  Hi! If we decided to use a workshop or a survey approach for our experiment, do you have any tips for avoiding our bias affecting the participants we choose and/or their responses?

Rob:       For surveys it’s always good to try and use questions that have previously been tested to check they do get the answers you would expect them too.

In terms of bias in participants – try and replicate the general population at large (that your research question is aimed at) in terms of age, sex, ethnicity, education etc

And then also collect data on these same characteristics, because that way you’ll be able to tell if your sample is biased

Q:           While looking at illness, have you learned anything about breastmilk we may not be aware of?

Rob:       I’ll be honest – this isn’t an area that I know that much about, sorry! I know that the evidence is pretty strong for the health benefits up to a certain age (?12 months) but after this I’m much less sure – sorry!

PSG B:   Thanks anyway! I was wondering if it might have come up, with you looking into illnesses, but that’s rather big picture.

Rob:       A good place to start though is by looking at what has already been published in that area – have you looked for research that’s already been done?

Q:           If we looked at the long term emotional/psychological effects of breastfeeding, obviously there might be lots of confounding variables. e.g. mothers who breastfeed long term may be different from the ones who don’t…

e.g., maybe they are less likely to be back at work full time. How could we try to see whether any differences in the children were due to the breastfeeding or those other differences?

Rob:       That is a very tough one!! I’ll be honest – this is a very tough question exactly because of the issue of confounding that you mention. However, it might be possible to get some hints about it by collecting additional information about those possible confounders and then doing what is called “adjustment” within the statistical models you analyse.

But you’ll probably need the help of a statistician / epidemiologist for that :-)!!!

Q:           If you could wave a magic wand and have any new research commissioned, what would it be?

Rob:       Difficult question! Of all the groups of people I work with the one that is least well researched are sex workers. We know lots about the risk of sexually transmitted disease, but much less about mental health and violence etc.

And I think this is something that should be addressed, although obviously it’s a very politically and socially sensitive area, so not everyone will agree.

What to ask health professionals who breastfeed? (Study design notes)

Parenting Styles – what does research tell us? A Q&A with Prof Judith Smetana

Image: Benjamin Manley on Unsplash Judi:  Hi – I’m happy to ‘meet’ you all! I…