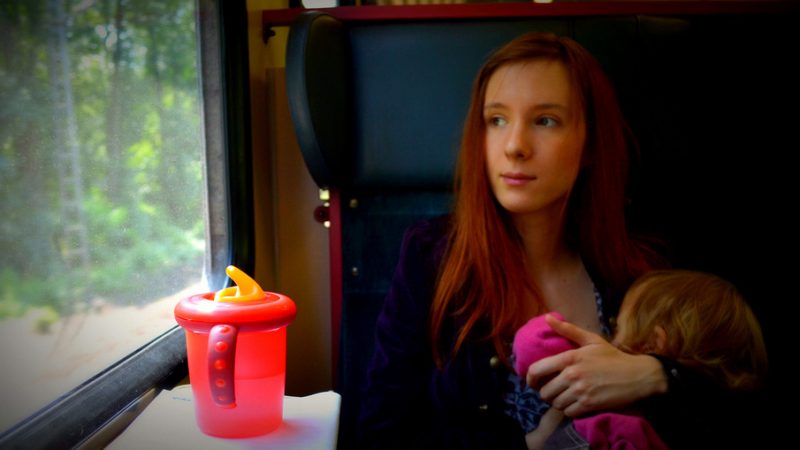 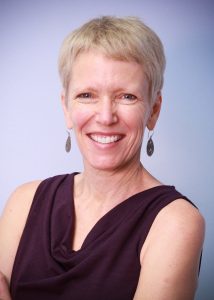 “The first class I had on human milk I was blown away, It’s Harry Potter meets Willy Wonka. It’s a magical food.” Dr Maryanne Perrin

We were thrilled to chat with Maryanne at our Q&A this week. This is how it went:

Q: Please could you tell us a little about what you’re working on at the moment?

Maryanne: Sure. I study human milk through the lens of donor milk banking. Right now, I’m studying several things including

PSG A: Fascinating stuff! Do you expect to see much difference in breastmilk with different diets?

Maryanne: Yes, we think we will see differences in some things (e.g. B12) based on the literature. We aren’t sure about other things (essential fatty acids, brain derived neurotrophic factor) as we haven’t found studies based on maternal diet. It is exciting!

Some nutrients seem to be very impacted by maternal diet, and others do not. How that translates to infant outcomes is to be determined.

What don’t we know about breastmilk?

Q: How much, do you think, we have yet to understand about the composition of human milk?

Maryanne: We have SO much more to understand. I think one of the things I’m most excited about is concerted efforts to understand the VARIANCE. Most people talk about milk as 68-70 kcal, 1g protein, 7 g lactose, and while that may be the average, there is tremendous variation. Once we start understanding the variation, we’ll know a lot more about how milk is made.

PSG B: I find this fascinating too. I donated with both children and requested info on macronutrient content; the energy value was lower than formula ? however, I’m fully aware that my milk is still better than formula. I did pump first thing in the morning when I was ‘full’. My worry with mothers finding out this with their own milk may lead them to formula feed

Maryanne: I agree. We need to embrace the variance in human milk! The place this becomes more problematic is in the NICU, as these babies need high calorie and protein for adequate growth.

How much does breastmilk vary?

Q: If milk composition changes as baby ages to match baby’s needs, then what happens with donor milk or pumped milk? e.g. if you pump and freeze milk at 1 month, then use for a 5-month-old, is that milk not going to be the right composition given it was made for a younger baby?

Maryanne: What I’ve seen is that the change in the first 4 weeks is big, but the change in mature milk is much more gradual, so I don’t think we need to worry about that as much. Also, we are seeing that who the milk is from, is a much bigger prediction of milk composition than the stage of lactation (in mature milk).

Other things that impact milk composition may be infant health (e.g. an infant with a cold may trigger an increase in immune factors). Not a lot linking these differences to outcomes in infants, so I add that as a caveat for how much we need to worry about this.

Q: That would suggest that the cut-off point milk banks are using for donations is arbitrary. My bank only wanted milk from mothers feeding babies under 10 months. Unless there is some other reason to stop donating at that point?

Maryanne: Several milk banks in the US no longer exclude donors after a year based on this research.

In the US, minerals are regularly fortified in the NICU setting, so the high protein is really valuable in the older milk, despite being lower in some minerals.

Q: I’m interested in early weight gain for breastfed babies. I have friends who have fed their children with no apparent difficulties, but their babies have been very slow to gain weight. Mine have had less than expert starts, but climb percentiles rather quickly. Are there individual differences in milk composition? Is it about feeding frequency?

Maryanne: There are definitely individual differences in human milk. I’d like to abolish the phrase “normal milk”. It is all normal AND it is highly variable by individual! Of course, I would assume feeding frequency and milk volume would also play a part in weight gain.

Maryanne: Margaret Neville has done a ton of important work on the biology of the mammary gland, so check her out. That work is older and new tools are giving us greater insight.

My favorite one is a group out of California (Danielle LeMay is primary author) who captured the genes being expressed in the mammary gland during the time of parturition and they saw differences in the upregulation of several pathways based on mother’s sensitivity to insulin. This type of tool is going to help us understand a lot more in the future!

Maryanne: Yes, storage, and freezing do impact milk composition. Trigylicerides are hydrolyzed to free fatty acids, which drops the pH of the milk. Freezing can also rupture the milk fat globule membrane, which can change the way the milk is arranged (e.g. you can get protein aggregating with fat). Some things have been shown to precipitate out of solution with freezing (e.g. lactose and casein).

Q: How do our bodies know to produce milk for an older baby?

Maryanne: How our bodies make milk is a super fascinating topic. Overall mechanisms are the same for all women (researchers have identified 5 paths into mammary gland), but individual differences are HUGE – much bigger than time differences. Still trying to solve this. For some things, it appears transporters into the mammary gland drive the difference (e.g. zinc).

Q: have you looked into the content of milk that is produced in very small quantities for older children? (3-5ish years)

Is there evidence of antibody protection from acute illness over the age of say 1?

Maryanne: I haven’t seen literature that establishes one specific factor in human milk as being the causative agent in health benefits of the infant. Human milk is a host of things (including 250 unique proteins, many of which have never been studied) so it is hard to tease out what may be having a health impact in the infant (and what serves as a nutrient versus what survives digestion and can operate intact). We do know that antibodies (IgA) and other bioactive proteins increased from 12-18 months, but very few studies look at milk beyond 2 years.

PSG: Why do you think they increase between 12-18 months?

Maryanne: I think it has to do with very gradual involution (shutting down) of the mammary gland. If the mammary gland is producing less lactose, that will drive down overall milk volume. If other things are still entering the mammary gland at similar rates (e.g. antibodies) their concentration will go up driven by the lower overall volume. But that is just a theory. We didn’t see sodium go up, which is the biggest marker of involution.

PSG: That’s so interesting Maryanne. I wonder if there is still a huge role for passive immunity too and because milk feeds go down, they get a higher concentration. Given that, you know, they try and eat dead flies off the floor at that age….?

Q: I’ve read that the saliva from the child interacts with the mum’s breast and then ‘tells’ the mum what kind of antibodies to make If the child is poorly. Is this true?

And does this make babies fed with nipple shields less healthy than those fed directly?

Maryanne: I have seen recent studies that some of the antimicrobial proteins in milk are protective or responsive to infant illness, suggesting some type of signalling between mother and infant.

Saliva as a mechanism is a theory, but I haven’t seen any research that proves this, or anything that suggests nipple shields might block/limit this loop. Providing a link to one of the papers (open access so anyone can read it!).

Illness in breastfeeding infants relates to concentration of lactoferrin and secretory Immunoglobulin A in mother’s milk.

Q: Are there any specific Human Milk Oligosaccharides (HMOs) that you could name for us that are present in low quantities in very early life but then rise as your baby gets older? I’m wondering if there’s an HMO that, for example, a 9-month-old needs that a 9-day-old doesn’t.

Maryanne: Great question! I am not an HMO expert so I can’t answer off the top of my head, but I suggest you query pubmed for Lars Bode as he is involved with most HMO research.

PSG: What are HMOs?

Maryanne: I don’t actually think that is how we’d probably interpret those results. The milk bank milk in my study was from younger moms. What we think might be happening in later lactation is that the volume is actually decreasing (driven by lactose, which causes water to draw into mammary lumen), therefore the concentration of other things increases relative to lactose.

Q: Until what age breastfeeding can sustain a baby without other foods?

I see the phrase “food before one is just for fun” a lot. I am not sure what the research is to have made this such a popular viewpoint. Everything I have read seems to say that food is actually very important for zinc and iron.

Maryanne: I think iron and zinc are two of the rate limiting nutrients in human milk when it comes to the ability to meet nutrition through exclusive breastfeeding. These both decline over lactation. Thus the current recommendation for introducing other foods at 6 months.

Q: I’ve often wondered about the levels of iron in breastmilk. On one hand, we’re told it’s not enough (with subsequent advice to reduce breastfeeds in the older child) and on the other, that it is enough because it’s in a bioavailable form. Is there any conclusive research on this?

Maryanne: The question on iron is still being debated. An anthropologist lens says iron in milk is low by design, because bacteria also need iron to grow, therefore low iron reduces infection. Babies also get an iron store at birth that can be improved through delayed cord clamping. Other research says that some infants may use up stores and show signs of low iron earlier than 6 months. Given the variability of human milk, I think we need better tools for assessing deficiency risk.

Maryanne: There are definitely groups looking at this, and companies that are forming to try and commercialize some of the magic in human milk. It’s good, and it’s bad.

Where is more research needed?

Q: If you could wave a magic wand and get any research you liked commissioned tomorrow, what would you choose?

Maryanne: So, there are big gaps in the literature regarding infant outcomes for infants:

I’d really love to see more infant outcome research in these two areas. I think understanding how the mammary gland may be adapting to the infant (e.g. tandem nursing of two different ages) is super interesting and would really reshape how we understand the mammary gland.

I also think we desperately need more research into the variability of milk, with the caveat that I don’t want this in any way to be used for mothers to worry that their own milk is inadequate. That is what most worries me when we get into the nitty gritty on milk composition. 🙂

Q: Maryanne you have the coolest career!

Maryanne: I love it! It was a midlife career change for me (I was an engineer until 7 years ago) so it’s never too late to jump into the fascinating field of human milk research!

What’s in breast milk? A Q&A with Dr Natalie Shenker

Breastfeeding – a bigger picture: A Q&A with Dr Karleen Gribble

TV and Creativity: A Q&A with Dr Sarah Rose

Sex Differences and Stereotypes: A Q&A with Cordelia Fine

Cordelia Fine, academic and author of the bestselling Delusions of Gender and Testosterone Rex, joined our Let…

My name is Lauren Spinner. I am a Developmental Psychologist and my research focuses on…