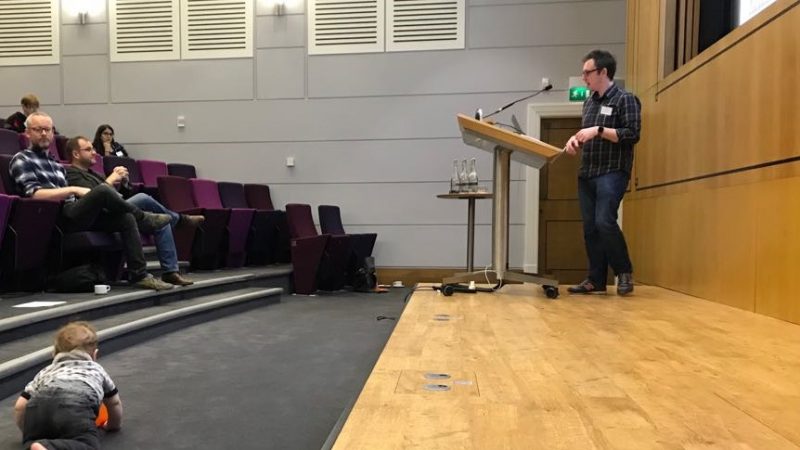 On Tuesday 16th January 2018, I attended a conference on the effects of screen time on young people in London at The Wellcome collection with my one year old son and Tamasin from Parenting Science Gang.

The experience left me feeling empowered that my point of view and our point of view as parents was taken seriously and listened to. My experience was enhanced still more, as while sitting on the panel for question and answers, my son needed to be breastfed; I did so and nobody batted an eyelid which made me feel even more empowered!

My son was welcome to come and 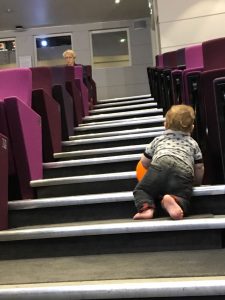 we were made to feel welcome by those who attended. Positive comments were made including how it made people rethink what they were talking about by having a child there, it made the situation more real as many of them felt so disconnected from the people they were discussing and trying to represent.

The use of the term ‘screen time’ was a controversial one – what constitutes ‘screen time?’

There is a huge difference between putting a baby in a bouncer in front of a tv and sitting interacting with them about what they are watching. There are also differences between sitting and watching a tv programme and playing a game.

It became evident that the original topic of concern twenty or thirty years ago was that of video gaming, or to be more specific, violent video games and effects on aggression. Nowadays however, parents and the public overall are more concerned over the use of ‘screens’ and the possible effects use or over-use could have on children and their behaviour.

Due to parents’ concerns surrounding sle 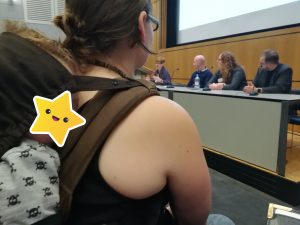 ep and the use of screens, South Korea put in place bans on screen time use for all young people under the age of 16 between the hours of 12am and 6am. Reports came back that an average of 1.5 minutes extra sleep was gained overall as a result; significantly less than we would have thought.

Interesting comments on gender and screen use were made; boys were reported more likely play on consoles such as Xbox and Playstation whereas girls tend to use smartphones and social media such as Facebook. It was reported that a high number of teenagers use screen time through these platforms for support from friends made online.

It seemed to be suggested that it is difficult to reliably suggest that the use of screen time in excess can have an impact on future behaviour.

Due to ethics, it is difficult to test aggression and screen use. There was one study done regarding an aggressive computer game and hot sauce, participants played a shooting game and afterwards were asked to make up a hot sauce for somebody to try. It was thought that the hotter the sauce was made, the more aggressive tendencies the participant showed. This obviously is not the same as putting somebody in charge of a weapon and seeing how aggressive they may or may not be with it!

An interesting study was done into the correlation of daily hours of screen-time and the self-reported effects on mental well-being. This covered streaming, gaming, computers and smartphone use over weekdays and weekends. It appeared that the positive effects of using screens peaked at around 3 hours use for all platforms with the use of smartphones and gaming scoring higher than the use of computers and streaming, regardless of weekday or weekend use.

The 2×2 rule was discussed where no screen time should be allowed for under 2’s and over 2’s should only be allowed 2 hours a day. This used to be the guideline but it had now been suggested that this is not necessarily advisable.

When discussing the demand for guidelines, it was suggested by some that children know their own bodies and minds and should be able to self-regulate their use of screens rather than the authoritarian approach of parents and care givers dictating use. 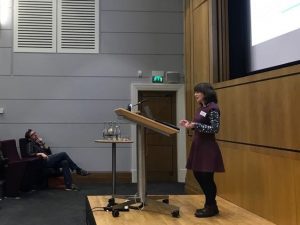 There was a lot of discussion regarding the future areas of research needed with questions of what are parents interested in knowing and what are their concerns? The general consensus was to debunk myths rather than provide a policy or guidelines.

One speaker who specialises in ASD and ADHD spoke positively about the use of screens saying that without them, many young people who have extra needs would be alienated. Screens in these circumstances allow young people to become more interactive with their peers and tutors with children wanting to involve those around them and talk about what they were seeing and doing. Children who would usually be sitting on their own in a classroom were willing to get involved and young people were socially active online, developing a social network and taking part in online communities.

There is also the field of assistive technology for the visually impaired or those who are deaf and dumb. Rather than taking social skills away, technology and screens provide a platform from which young people can communicate and interact with those around them.

Overall it was an interesting and enjoyable experience which reignited my passion and thirst for knowledge…I have since started considering returning to college again with the hope of going on to study forensic science at university! Another win for Parenting Science Gang!

At the meeting, Tamasin from PSG and the conference organiser, Dr Pete Etchells talked to BBC World Service’s Health Check about the findings of the day. You can listen it on BBC Radio iPlayer here:  http://www.bbc.co.uk/programmes/w3csvpy2