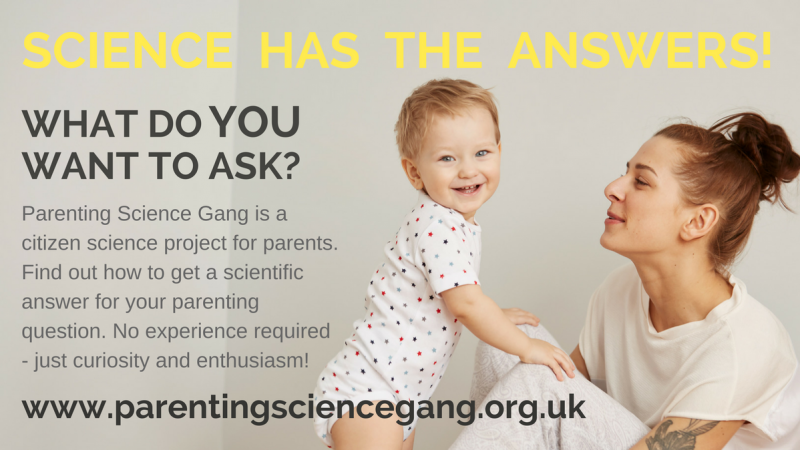 Are you member of a parenting group? (Maybe a Facebook community group?)

Do you wish you could get evidence-based facts about the stuff that matters to you?

Our four citizen science groups this year have all found questions that mattered to them where no research exists.

And now, with our help, they are running their own experiments to find the answers.

The whole point of this project is democratising science and changing the balance of power. We’d especially love to hear from groups of young parents, black and ethnic minority parents, parent carers, and anyone whose voice is not usually well represented in science. Normally a bunch of middle-class white guys decide what gets funded in science. They may not have the same view as you about what’s important.

This is a chance to do something different.

The project takes a year.  Leading up to the experiment the action mostly happens through a Facebook group and the format is designed to fit around parents’ busy lives. It’s serious science but lots of fun!